My new iPad case and why I love it!

So I finally got a cover for my new iPad. It's the incase Origami Stand Sleeve, in black of course. I've tried a few different case and seen/heard of the love for different types like the Apple smart cover, cases with built in wireless keyboards, etc. However, it always struck me as odd that all these different ways were being developed that went beyond what Apple developed. For me, the Apple smart cover had 3 flaws that rubbed me the wrong way. First, it only covered the front & not the back and secondly it was expensive. Thirdly was that the viewing angle was relatively flat. When sitting down and placing it on the desk or my lap, I was always getting reflections from overhead lights or windows.

Other cases that are designed to remain on the iPad or hold it like a daily planner type notebook, ones that add external keyboards and other gimmicks give me pause. I'm sure apple spent lots of time & money researching how people would interact with this device and gave it appropriate ergonomics. To envelope it in a case for the majority of the time seems to defeat the design of the iPad. Do you wrap a laptop in a leather bound case with an extra keyboard?

I will admit though, that I am somewhat concerned about damage to the iPad. Dropping, scratching and screen shatterings are something to be avoided at all costs. I have relatively stable hands and don't see myself taking my iPad to hostile environments. I do however want quick access to it and to be able to place it on a table surface without worry of the back getting scratched. I also want to stuff it into my laptop bag without worry of the iPad getting scratched or the screen chipped/scratched.

When looking for case, I found that the Origami Stand Sleeve fit my bill the best. I can stuff it in my laptop bag (or others), I can get to it quickly, I can hold the iPad without interference of a case on it most of the time, I can set it on a table surface without the back being prone to scratches and I can stand it up at what has been an optimum viewing angle so far. Very happy with it to date. Here is a few pics of it with one of my favorite apps when its not in use - "Time 2" which mimic's the PADD device from Star Trek: The Next Generation... 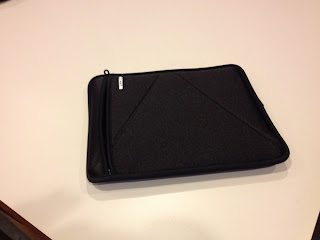 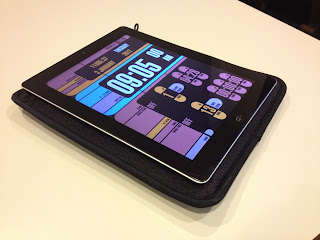 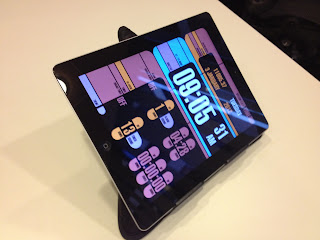 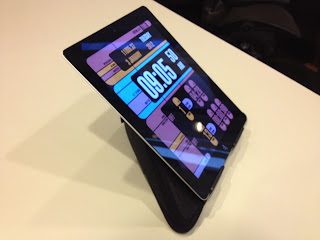 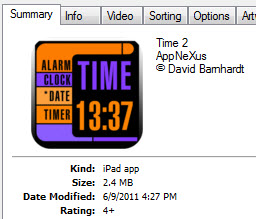 Posted by Steve Bennett at 9:35 AM